This map and meenlock were one I used recently in my 5th Ed. Dungeons and Dragons Campaign. (There’s a few more maps that go along with it that I’ll post as well.) This one was a lone, ruined tower which the PCs sought refuge in on an island across from another island on which a horde of orcs were making camp and which held the Tower of Innisquil the Humourless. Unfortunately for the PCs, the island was home to a nasty little non-traditional family of Meenlocks.

Meenlocks are particularly horrible little guys and I love them for it. They make their homes in caverns connected to the surface or other caverns by long winding moss-packed tubes that smell like rotten corpses. They stalk people, cause them to hallucinate, and eventually kidnap them so as to drag them back to their lairs and turn these victims into more meenlocks. I imagine a meenlock raid on a campsite to steal victims is a romantic outing for these critters, akin to a night of mini-golf with your sweetie that leads to an unexpected firstborn. In my game, we never really got into the psychosocial hows and what-tos of the Meenlocks or what brought them to the remote island. But you can! 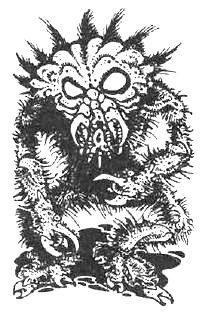 Meenlock from the 1st Ed. Fiend Folio (Aww…whose a little abomination? You are!)

Here are the stats I used for the meenlocks (they’re a bit rough and specifically for my game so there’s no challenge rating calculated) and a few ideas that might be of some help to understand things from these poor little buggers’ point of view.

END_OF_DOCUMENT_TOKEN_TO_BE_REPLACED 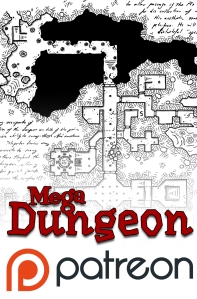